Kershaw County is rich not only in history, but also in religion.  Our religious heritage runs deep and has had a presence since the earliest days of our founding.  Early Quaker settlers established themselves about the site of Camden in 1750.  One of that sect, Sammuel Wyly, in 1759 conveyed four acres of land for a period of 999 years, and for a rental of "one pepper corn per year" to the Quakers for their house of worship and burial ground.  The Quakers and the meeting house are long since gone, but several of the early unmarked Quaker graves remain, recognizable by their low oval mounds, enclosed in brick. 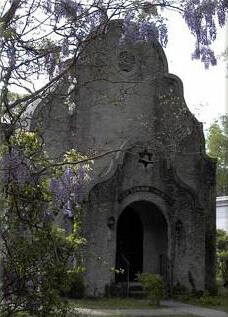